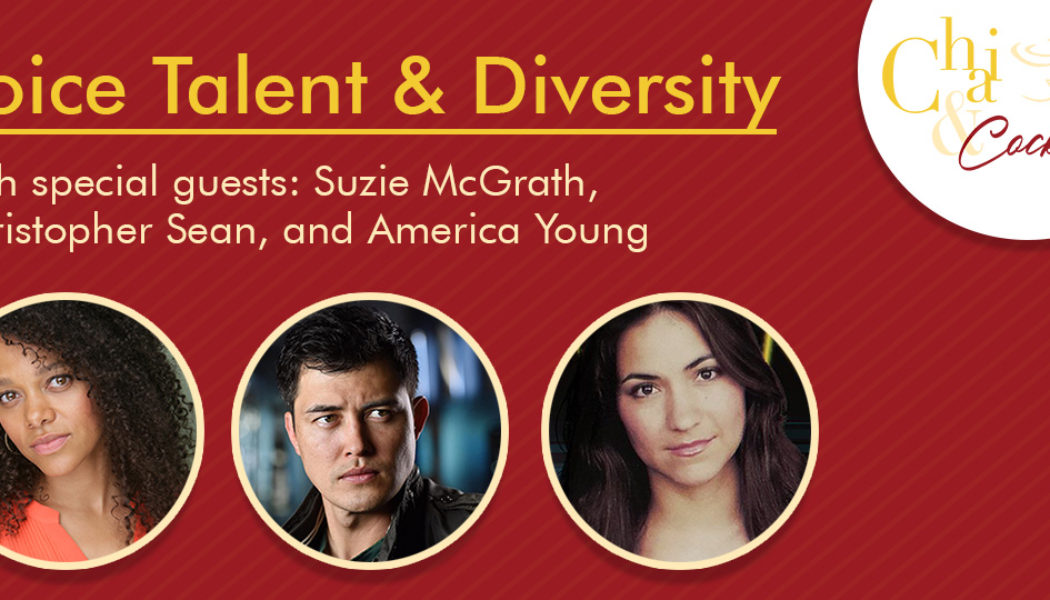 In our first Chai & Cocktails, the Avaaz team explores the recent spate of high profile white voiceover talent who have resigned or apologized for voicing characters of color.

Suzie McGrath is a multiracial British actress. Most recently known for her voice over roles as Tam Ryvora in Star Wars Resistance as well as Kimberly in Kobe Bryant’s hit children’s podcast, The Punies. McGrath was classically trained in the UK and is based in Los Angeles.

Japanese American Actor Christopher Sean. Very proud son to a Navy veteran and Japanese native mother. Known for being the first Asian American lead of a Star Wars Franchise with Star Wars Resistance, main bad guy for two seasons on Hawaii Five-0, 4 years on Days of Our Lives and Lizzie Bennet Diaries. Currently the lead of DC’s Gotham Knights as Nightwing. Cultured through in many countries but Southern California is considered home.

America Young has voiced several characters over the years from Betty Cooper to Toralei Stripe to Howleen Wolf and recently has been specializing in famous characters named Barbara. Barbie Roberts and Barbara Gordon (Batgirl).