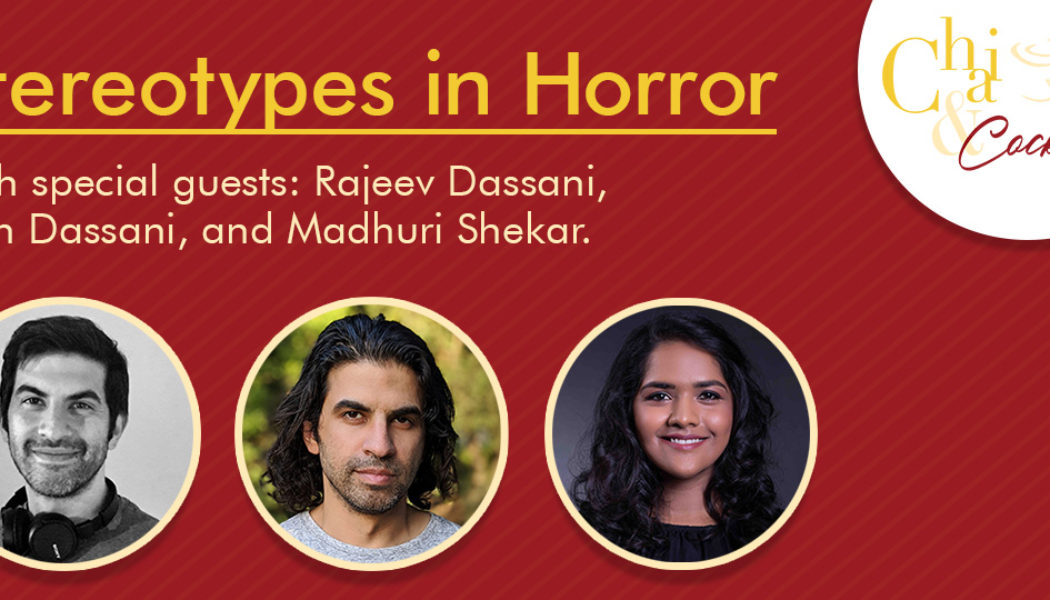 Join us for a scary good conversation with the directors of Blumhouse’s Evil Eye, Rajeev Dassani and Elan Dassani, and the writer Madhuri Shekar. We’ll chat about their upcoming movie and unmask the stereotypes we see in horror.

After attending USC, their thesis film “A Day’s Work” won the Student Academy Award for best narrative film. They went on to form the VFX company Master Key, and served as VFX producers on shows including “Revolution” and “Scandal”. This led them to produce and direct international shoots for dozens of TV series, including “Blindspot”, “Master of None”, “Hannibal” and “Star Trek: Discovery” where they shot in over 55 countries around the world, from small to large scale units, including heavy stunt and VFX action sequences.

Their sci-fi film shot in Jordan, “Seam”, that they wrote and directed, is currently one of the top films on the Gunpowder and Sky platform, Dust, and has been viewed over 6 million times. Soon after their films release, the Dassani Brothers sold their supernatural teen series “Jinn” to Netflix, where they served as showrunners and writers on the show, which was Netflix’s first Arabic original series, released last year.

Their feature film, “Evil Eye”, that they directed, was produced by Amazon and Blumhouse, based on the award winning audible original by Madhuri Shekar, and executive produced by Priyanka Chopra-Jonas.

They are in development on a number of features and series, and are repped by CAA, Dobre Films, and Hirsch Wallerstein Hayum Matlof + Fishman.

Madhuri Shekar is a playwright and screenwriter. She is the 2020 recipient of the Lanford Wilson Award for playwriting. Her plays include Evil Eye, In Love and Warcraft, A Nice Indian Boy, Queen, House of Joy, and Dhaba on Devon Avenue.

Her play Evil Eye won the 2020 Audie Award for Original Work, and she wrote the film adaptation, now available for streaming on Amazon Prime.

She has an MFA in Dramatic Writing from USC, a dual Master’s degree in Global Media and Communications from the London School of Economics and USC. She is an alumnus of the Juilliard playwriting program, and a current fellow at New Dramatists.