Growing up, I was all skinned knees and torn jeans. Whenever we’d go to McDonald’s, I’d bashfully ask my mom if I could get the boy toy instead of the Barbie doll with my Happy Meal. Sports of any kind were my sanctuary. Which is why Katara always stood out as one of my favorite characters in Avatar: The Last Airbender.

A badass woman of color with badass bending skills.

I’ll always have a soft spot for Katara. Yes, she gets a bad rep for being too “motherly”, but there’s so much more to her character. She’s passionate, strong-willed, and brave. She’s a badass brown woman and a powerful waterbender that’s not to be messed with.

Or at least I’d never mess with her. She stops sexism in its track, she’s the only one that can calm Aang down and she knows how to bloodbend.

In honor of that, here are some of my favorite Katara moments from the series.

Katara VS. The Imprisoned 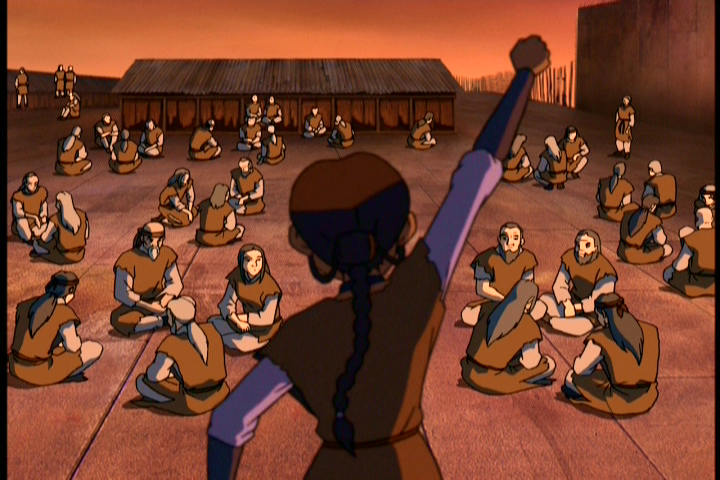 What I love about Katara is her fierce determination. Although her impassioned speech didn’t go as planned, she doesn’t give up on a group of imprisoned earthbenders that had lost all hope. It took time, but Katara eventually inspired the earthbenders to stand up for themselves and successfully lead a rebellion that helped the earthbenders escape the Fire Nation prison and take back their village.

As Katara said during her speech, “They can’t take away your courage, and it is your courage they should truly fear”.

Katara VS. The Waterbending Master 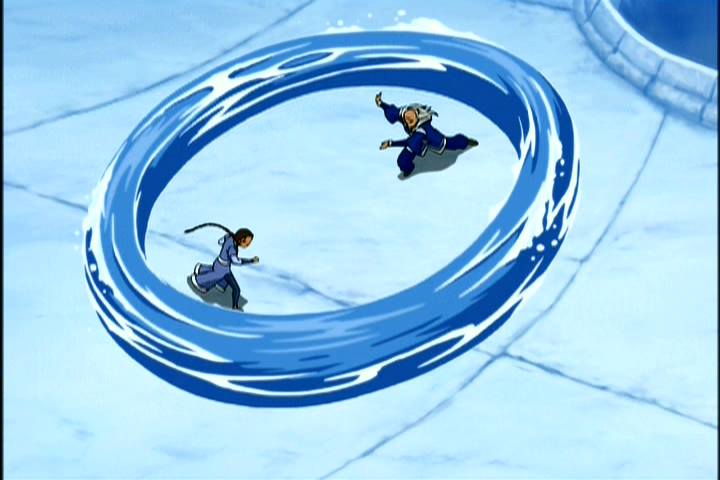 Standing up to an old dude that’s actively sexist? What more could you ask for?

Aang and Katara have traveled a long way to finally find a master to teach them waterbending, but Master Pakku refuses to teach Katara because the women are meant to heal, not fight.


Aang secretly teaches Katara whatever he learned from Master Pakku but when the two are caught, Katara is forced to apologize. However, Katara refuses because Master Pakku does the one thing you never do to any woman, calls her “little girl”.

Calling him a “sour old man” and challenging him to a duel. Master Pakku is eventually impressed with her waterbending skills and agrees to train her. I guess it also helps that Master Pakku once had a very serious thing, okay an engagement, with Katara and Sokka’s gran gran.

Katara VS. the Desert 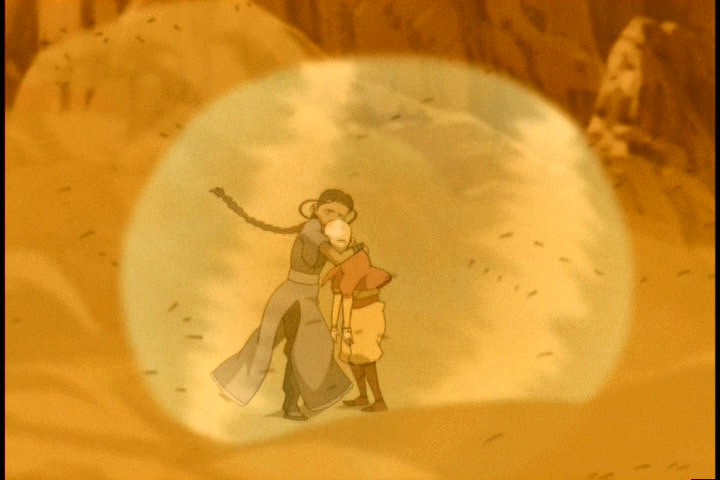 Stranded in the scorching desert. No food or water. Aang is a mess because Appa is gone. Toph is too full of guilt. And Sokka is high off cactus juice. Katara is literally the only thing holding the group together.

When Aang becomes so angry after finding out that a group of sandbenders muzzled and sold off Appa, he enters the Avatar state and Katara is the only one that can calm him down.

Katara VS. The Crossroads of Destiny 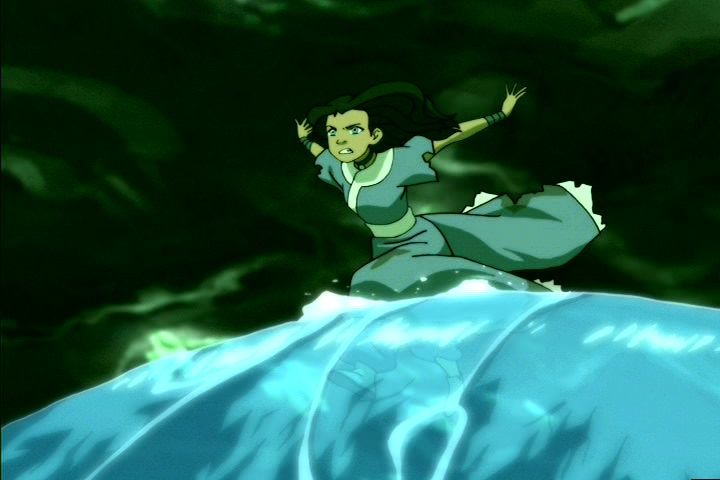 This episode gets me every time. Hands down an epic season finale. Katara finally sees a humane side to Zuko, but all of that goes to waste when he decides to join Azula in taking down Aang. During the battle, Aang is hit badly by Azula while he’s in the Avatar state. Using a vial of spirit water, Katara is able to save Aang’s life.

Katara VS. The Puppetmaster 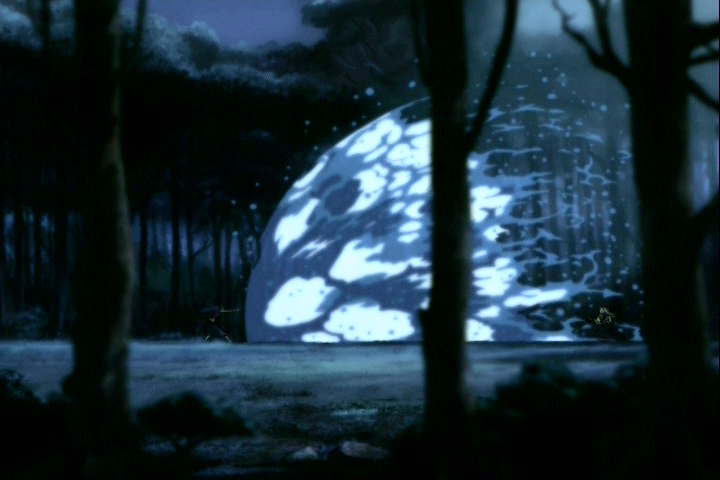 I know, I know, bloodbending is sinister and dark, morally speaking.

When Hama uses bloodbending on Katara when she refuses to learn the skill, Katara is able to rise from the ashes and stand in her power, proving how powerful she really is.

Katara VS. The Southern Raiders 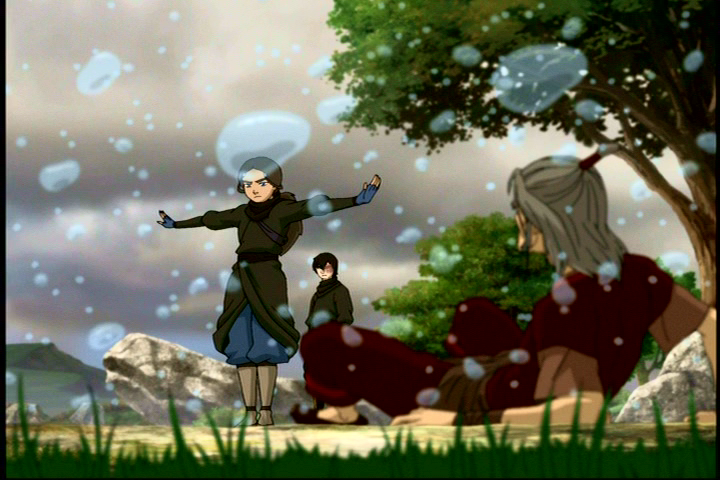 Zuko’s presence in the group brings back a lot of repressed emotion over her mother’s death that Katara is now forced to deal with. When she decides that she wants revenge on the Fire Nation soldier that’s responsible for her mother’s death, Zuko is there to help her get it. However, when push comes to shove, Katara is able to let go of her anger and walk away.

I hope after this list, you’ll grow to appreciate Katara as much as I do! Definitely looking forward to this standalone Katara-centric graphic novel that comes out later this year.

What Are Your Bad Ass Katara Moments?

There are too many awesome Katara moments in ATLA to choose from but which would you pick for your top BA story line?#AvatarTheLastAirbender

Sim Dhugga
As a queer South Asian writer, director and producer, Sim has always had an affinity to create stories that are beautifully diverse. Constantly on the hunt to find the best tools to aid in her quest, she believes media can be used to tell a story. Through her experience working in development and production at Super Deluxe, Cartoon Network and Netflix , she has discovered animation to be the definitive tool to accomplish this task. She hopes to make the world’s stories come alive through the world of animation.