With an impressive resume of voiceover work that includes Archie Comics’ Betty Cooper, Howleen Wolf and Toralei Stripe on Monster High, Barbie herself in the Barbie franchise, and most recently as Batgirl in Gotham Knights, America Young is undoubtedly one of the voice acting industry’s rising talents!

Joining us at our first Chai & Cocktails panel discussion alongside her fellow voice actors, America offered personal anecdotes about her experiences so far, her thoughts on working in the animation and voice acting industry, and her own contributions towards the movement to increase diversity and representation in arts and entertainment. Here are some highlights of what she shared!

On auditioning for Gotham Knights:

“They didn’t tell us what we were auditioning for. But I’m an avid Batman — that universe — fan. So I was reading the copy and I was like, ‘Are they trying to rip off Batman? Because this is totally a rip-off of Batman. Can’t you come up with your own stories? You’re gonna rip off Batman like with a little bit of an attitude, like, come on.’  And so then to find out that’s what it actually was made me laugh because I was just like, ‘Yeah, okay. So then you nailed it. You weren’t ripping it off. You nailed it exactly’, but going into it I didn’t know because they don’t tell you. It’s all so secretive.”

On getting the role of Batgirl:

“It just feels so surreal. Whenever we record, we turn to each other and go, ‘Oh my god. I just got to say the words out loud, you know? This is where we are right now you guys’. It just doesn’t feel real. It feels like you’re kids playing make-believe like you did when you were a kid, when you pretended to be these characters. It’s pretty awesome.

These are the franchises that raised us, you know, they raised us. I don’t remember a time in which they didn’t exist, you know? And so to be part of it is pretty exceptional.”

On which actors can voice which roles:

“The wonderful thing about voiceover is that we can play roles for how we sound based on opposite from how we actually look. We’re not tied down to the restrictions of how we look and the restrictions that go along with how we look, both good and bad. And in cartoons, there’s a lot of non-human characters and I feel like those are wide open. But in terms of opening up the field of who can play what in any given show, there’s usually the token person who’s not white… there’s usually the one or two characters that’s the token representative or there’s the one person from each race that’s representing that race and that’s it in the entire show. You’ll have an entire cast and world that are usually white characters and then you’ll have your tokens. And so at the very least, let’s cast those tokens with the people that they represent. At the very least, let’s give those people jobs so they can have a sustainable acting career because they’re being represented in that regard.”

On the need for better representation and diversity:

“I play a blonde hair, blue eyed girl from Malibu and I’m thrilled that I get to play that character. I love her with all my heart but I’d really love little girls to see more people with more of a variety, little girls that look like them and Mattel has been phenomenal with that in terms of the dolls that they’ve been releasing and the representation that they’ve been doing with that and using Barbie as a segue into that which is amazing. But if we have more content that has more of those characters, that’s ultimately, I think, what the answer is.”

On today’s vlog, Nikki talks to #Barbie about racism and some of the ways she has been treated unfairly because of the color of her skin. Having conversations like this is one of the first steps in addressing and combatting a systemic problem. pic.twitter.com/OmFLxQgEkf

On using her position as an actor to help other talent:

“I was working on something recently and I asked because I noticed that the characters on screen were definitely more diverse than usual and I said, ‘Hey, have you have you cast these characters yet?’ and they didn’t say anything and I went, ‘Hey, so I have a list of people I can send you that are phenomenal actors who I think would be perfect for these specific roles that you have shown here’ and they were like, ‘Send them over please, please send them over’. Because the vicious cycle is that if the roles don’t exist, then the actors can’t exist because they can’t survive and, therefore, then they’re not there for when they actually want to cast them. Like that’s the vicious cycle, and then the argument that they say is, ‘Oh I can’t find somebody who is this race or this ethnicity or this culture because that talent doesn’t exist.’ It’s because they haven’t been able to survive as artists because they haven’t been cast.

So I was able to send over this list… but hopefully they got called and hopefully they got a job out of it. And hopefully, that’s something that means that they can pay their rent this month. But I will say that the producer was like, ‘Yes please, yes please. Send me your list of people please.’ … And hopefully, they’ll get the calls and, hopefully, the work will come. So I really genuinely think people just desperately want to do it. I think they just have to be reminded and I have found that just asking questions has been the best. ‘Oh, does this person have to be a white dude? Because this person could be something else.’ Usually, the answer is, ‘Oh yeah, totally.’ Usually, that’s the answer if you just ask the question but I think people are also afraid to ask the question. … But you do have to ask the question, and it is a little scary sometimes when you’re in a precarious place yourself as just being an actor and not necessarily being in a place of power and asking that question. But almost always there’s been a positive response and lately, more than ever, I’ve had people reaching out to me now consistently asking me.”

On the importance of diverse storytelling:

“I just keep thinking about the reframing of which stories are important to tell and if you’re not seeing your story up on the screen then subconsciously you don’t think your story is important to tell. And I keep thinking about the fact that like … this hit me when I watched the movie This Is the End, which is hilarious. … This is considered a movie for everyone. If it were six women, it would be a girls’ movie. If it were six Black guys, it would be a Black movie. If it were six Asian guys, it would be an Asian movie, you know what I mean? But six white dudes is a story for everyone and that’s the reframing that I think we need to look at because why is that a story for everyone but six women isn’t? So what does that do to your subconscious when your story is never important enough to be seen? When people who look like you and the stories of the people who look like you are never important enough to be told, how does that affect you? I mean, it’s gotta, right?… It’s gotta affect you if you’re like ‘Well, I think my story is important but I’ve never seen my story so maybe it’s not’.”

“I definitely think it’s increasing and more and more people are working and conscious of it and aware of it. Could it happen faster? Sure, but the fact that it’s happening and then the momentum is building is phenomenal. … I do see an improvement and I am projecting into the future to see even a bigger one.” 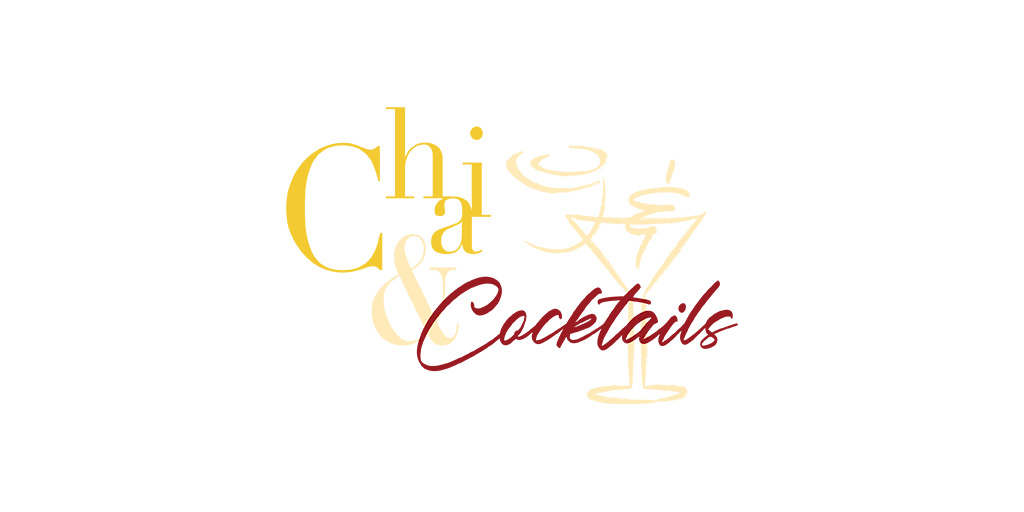 Our next Chai & Cocktails event features the Dassani Brothers, directors of the new film Evil Eye on Amazon Prime. Register for this special event and tune in on October 23rd at 5PM PST for our scary and exciting chat about all things horror with them!